A few years ago, when I move to New Zealand from China, as a designer without local experience, references, and didn't even speak the language properly, I had a big question: how can I start? I think it's not only my question but probably the key question for all the people who would like to work somewhere else from his/her home country: yeah, how can I start?
Because I've been experienced this struggle, I was impressed when I learned Michel Ferreira's story. Started from Brazil, Michel extended his design career to an international level: he previously worked in the US, then worked at Shopify in Canada and Booking.com in the Netherlands, and currently in Sydney as a Design Manager at Atlassian. Wow! How did he start? With curiosity in my mind, I invited Michel for this podcast interview and the result? Boom! I got this mind-blowing conversation. Let's jump into it! By the way, if you curious about the title - what about his four other hidden roles? Stay to the last, and you'll get it then :) 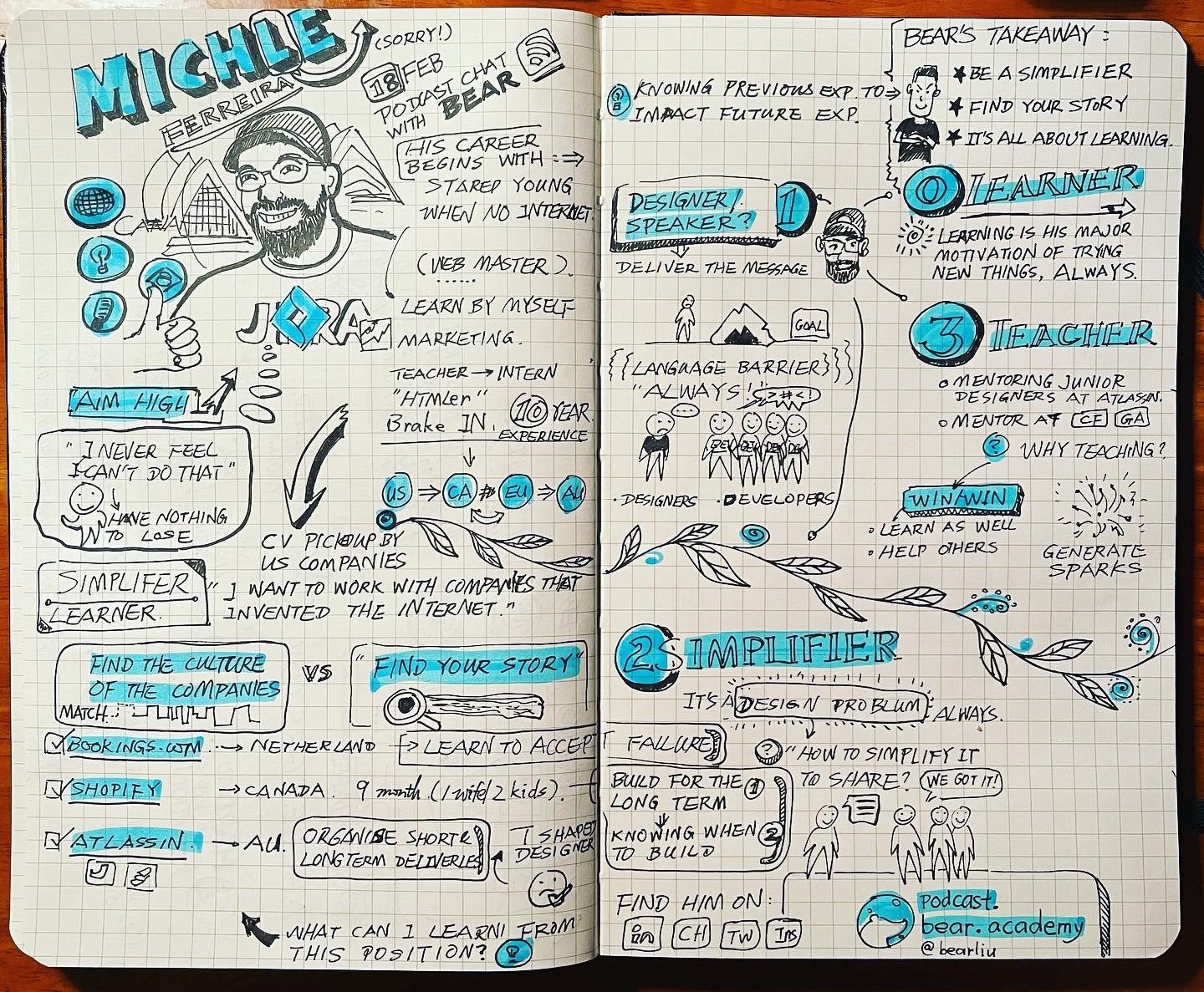 Michel Ferreira is a Brazilian designer living in Sydney, Australia where he works full-time as a Design Manager at Atlassian, building the future of world-class Enterprise products like Jira. Previously worked at Shopify in Canada and Booking.com in the Netherlands. Michel is also the host of LatinXs Who Design podcast.

As a writer and public speaker, Michel has delivered numerous presentations to audiences around the world to introduce new design ideas and examine best practices in A/B testing. He's also written articles for Net Magazine and company blogs such as: Would you like fries with that? For Booking.com and 11 Lessons from the NBA Bubble for your newly remote team for Atlassian.